CNP is governed by a Board of Directors experienced in government and the private and non-profit sectors. Peter Kovler, Director of the Marjorie Kovler Fund, is chairman, succeeding Leon Panetta, former White House chief of staff. The founding chairman was Terry Sanford, whose career included service as governor of North Carolina, president of Duke University and U.S. senator. Cyrus Vance and Edmund Muskie, two former U.S. secretaries of state, also chaired CNP's Board of Directors. Other CNP Board members have included Robert Rubin, prior to his term as U.S. secretary of the treasury; former Speaker of the U.S. House of Representatives Thomas S. Foley; former Republican members of Congress Jack Buechner and Rod Chandler, and former Democratic members of Congress John Brademas and Michael Barnes.

Dr. Stephen Flynn became the sixth President of the Center for National Policy on January 1, 2010. His immediate predecessor is Timothy J. Roemer, former six-term member of Congress, and currently the U.S. ambassador to India. From 1993-2003, Maureen S. Steinbruner served as President, succeeding former Secretary of State Madeleine K. Albright who led the Center for three years prior to her appointment as U.S. ambassador to the United Nations. From 1986-1989 the Center's President was the late Kirk O'Donnell, who served as chief counsel to Speaker of the U.S. House of Representatives Thomas P. 'Tip' O'Neill. The founding President is Ted Van Dyke, who served in the Johnson Administration as assistant to Vice President Hubert Humphrey Other CNP Board members have included Robert Rubin, prior to his term as U.S. secretary of the treasury; Wendy Sherman, prior to her appointment as US Ambassador; former Speaker of the U.S. House of Representatives Thomas S.Foley; former Republican members of Congress Jack Buechner and Rod Chandler, and former Democratic members of Congress John Brademas and Michael Barnes. Jane Harman and Eleanor Holmes Norton also served on the Board prior to their election to the U.S. House of Representatives.

The DHS are pivotal in implementing measures to strengthen the security and resilience of cyberspace. The DHS works with other federal agencies in high-impact criminal investigations to disrupt and defeat cyber criminals, prioritize the recruitment and training of technical experts, develop standardized methods, and broadly share cyber response best practices and tools. Criminal investigators and network security experts respond to and investigate cyber incidents. US Secret Service The US Secret Service maintains Electronic Crimes Task Forces that focus on identifying and locating international cyber criminals connected to cyber intrusions, bank fraud, data breaches, and other computer-related crimes. US Immigration and Customs Enforcement (ICE) ICE is the second-largest criminal investigative agency in the US government after the FBI. ICE support both domestic and international investigations into cross-border crime through the use of computer and forensic assets based on a single site in Washington DC. The Cyber Crimes Center (C3) Under the umbrella organisation of ICE is the C3 that is dividided into four sections, three of which provide cyber technical and investigative services. These are the Cyber Crimes Section (CCS), the Child Exploitation Section (CES), and the Digital Forensic Section (DFS). They investigate the producers and distributors of images of child abuse, as well as individuals who travel overseas for the purpose of using minors for sex. The CES employs the latest technology to track and collect evidence of individuals and organized groups who sexually exploit children. This is through the use of websites, chat rooms, newsgroups etc. as well as clandestine operations around the world, working in collaboration with local forces. C3 focus on a range of cybercrimes that also international money laundering and illegal cyber-banking; arms trafficking and the illegal export of strategic/controlled commodities; drug trafficking and general smuggling; and immigration violations including identity and benefit fraud. The fourth section, the Information Technology and Administrative Section (ITAS), provides all the services necessary to support the other three C3 sections. 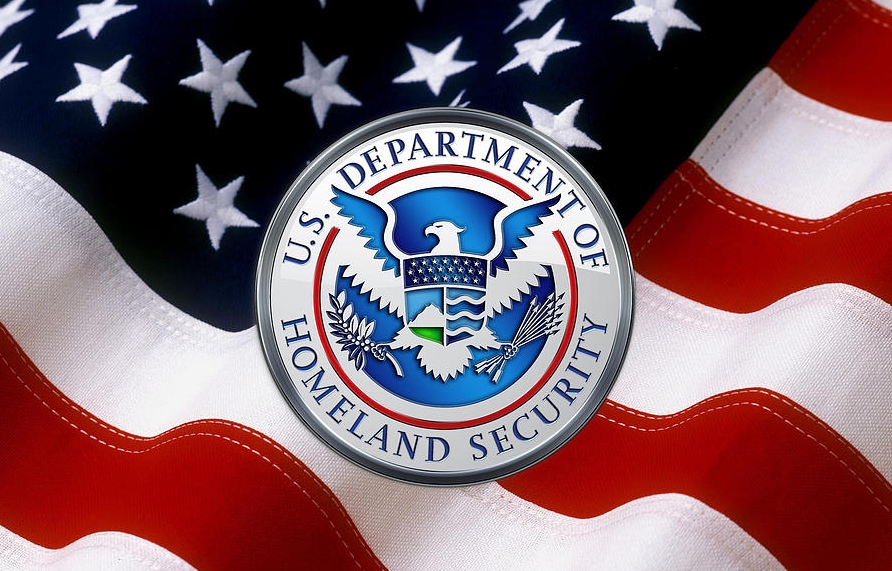 The CCS takes responsibility for all cybercrime investigations. This has led to the continuing development of undercover law enforcement investigative methodology for the internet that has led to new laws and regulations that have strengthened US Cyber-Border Security. There are offices within the US, but also overseas that enable this work to take place.

The primary purpose of ICE is to protect the United States, and its citizens, from threats arising from the movement of people and goods into and out of the country. Therefore, fraudulent identification documents is there largest, and growing, concern. It is easy to purchase identity documents, particularly passports, via the internet, so identifying sources is critical.

The CES, through the use of websites, chat rooms, newsgroups and more, collect evidence, track the activities of individuals and groups who sexually exploit children. ICE has also created a National Child Victim Identification System, working in partnership with a number of agencies including the National Center for Missing and Exploited Children (NCMEC), the FBI, US Postal Inspection Service, US Secret Service, the Department of Justice, and the Internet Crimes Against Children Task Forces.

Cyber warfare in the USA

The US intelligence community’s conclusion that Russia attempted to influence the 2016 US presidential election shows the potential for cyberspace to threaten the integrity of democratic elections, citizen privacy as well as infrastructure, economic stability and national security. The issue has been ongoing long before the US presidential election. In 2013, documents leaked by Edward Snowden highlighted the extent of the national-security spying facilities for the first time to a wide audience. At the same time, massive data breaches of Target customers in 2013, and Home Depot in 2014, along with sordid details from Sony Pictures and two enormous breaches at the Office of Personnel Management releasing private details of more than 20 million individuals in the same year, revealed the power of state-on-state cybercrime. In 2015, a cyber attack on a power company allowed a foreign entity to control more than 70 power stations from New York to California. Iran also hacked a New York dam and US financial institutions the same year, proving that a catastrophic cyber attack could have widespread economic, military, health and financial implications.

US and Russia cyber relations

There has been a difficult relationship between the US and Russia on cyber and other issues since 2014 when Russia invaded eastern Ukraine and annexed Crimea. Yet senior cybersecurity officials from both countries have continued to meet to discuss cybersecurity, renewing efforts to prevent a possible cyber war. A review of cybersecurity agreements signed in 2013 by the two countries took place in April 2016, after a cyber attack crippled parts of the Ukrainian power grid in December 2015, a breach that US investigators concluded to be a first-of-its-kind confirmed cyber attack on civilian infrastructure. Whilst Russia was never directly accused of the attack, Senior US security officials made clear their opinion that Russia was behind the attack. The idea of working with President Vladimir Putin’s government on the global threat of cyber warfare is more challenging in light of the January 2017 report created by the FBI, CIA and the National Security Agency that concluded Russia had intentionally hacked the US presidential election in order to prop up Trump and “denigrate” Democratic candidate Hillary Clinton. The Russians were also said to have focused on undermining “public faith” in the country’s “democratic process.” The matter is further complicated by Trump’s consistent refusal to declare Russia had meddled in the election and reluctance to say anything negative about Putin or his government. In December 2016, the Heritage Foundation released a report that detailed how cyber attacks like those built around ransomware and distributed denial of service attacks cost US companies hundreds of millions of dollars, while certain malware could disable half a million devices worldwide. In June 2017, companies across the world have been hit with a form of malware spreading out of Ukraine. Within Ukraine and Russia, the virus spread rapidly across 80 companies and the wave was followed by attacks on Danish sea transport company Maersk, British advertising giant WPP and the French industrial group Saint-Gobain. A number of hospitals in the US were also hit.

The ability of Congress to pre-empt and respond to cyber attacks remains ineffective. Responses to recent cyber attacks have been uncoordinated and impeded legislation to prevent and mitigate the growing threat. The US are introducing legislation to create a permanent Senate Select Committee on Cybersecurity. This committee would complete investigations into cyber attacks and ensure the Administration takes the necessary steps to identify cyber vulnerabilities, address emerging threats and prevent future attacks. The legislation passed the Senate by a nearly unanimous margin, but on June 26, 2017 the White House stated they could not give date for calling the House of Representatives to vote to pass the legislation to impose new sanctions on Russia. In a case that underlies current difficulties, a politically charged case that had been running for three years, ended in May 2017, just days before it was set to go to trial. A Russian-owned group of companies agreed to pay almost USD6 million to settle US civil allegations that the firms laundered proceeds of a USD230 million tax fraud. The deal was struck without any of the companies admitting guilt, with payment representing less than three percent the amount initially sought by the US government.

The current lack of understanding about computer security, hacking attribution, and cyberwar has added to public fears that cyber attacks are politically motivated, when in fact it is a bipartisan issue. Yet cybersecurity has become increasingly political, particularly with regards to domestic policy and the right of the individual to privacy. In 2016 the issue of digital privacy divided the Democrats and Republicans over supporting Apple or the FBI in a case surrounding an iPhone that belonged to one of the San Bernardino shooters. Democrats tended to agree with Apple’s refusal to unlock the shooter’s phone, but Republicans aligned more closely with the FBI. In December 31, 2017, section 702 of the 2008 Foreign Intelligence Surveillance Amendments Act will expire. Congress has an opportunity to amend section 702 to safeguard US national security, protect citizens, and comply with the Constitution. This has met with controversy. Civil liberties organizations consider the current use of section 702 to be unconstitutional, criticizing the sheer number of Americans whose communications the NSA collects.